Hello everyone and welcome back to Unknown Playwrights. Someone just beat up NaNoWriMo, so I can write a little bit about our favorite theatrical genre: really bad children’s plays based on American holidays. And we’re throwing in some Thanksgiving postcards, too.

We covered a lot of the origins of Thanksgiving in last year’s post. Basically, it’s an excuse to eat as much turkey as humanly possible and write internet articles about getting into a knife fight with relatives over you-know-who: 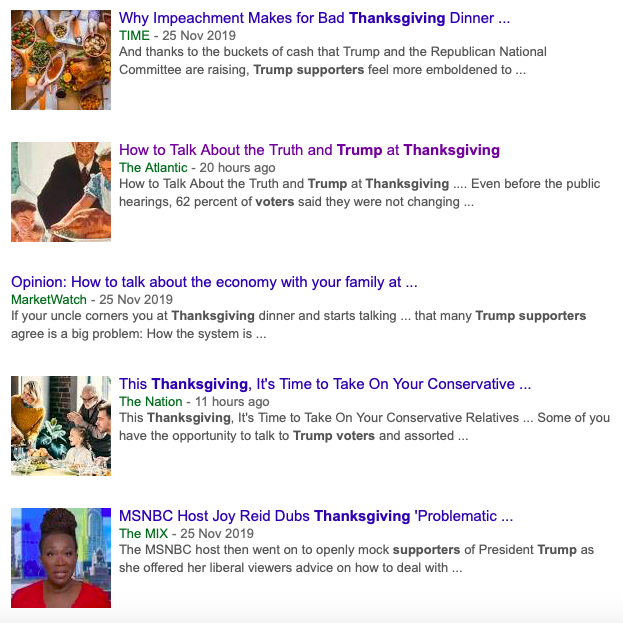 Meanwhile, if you’re the president, you just go ahead and make stuff up.

Horrible Thanksgiving plays are a safer alternative to either one of these options. A Thanksgiving Dream may as well be a nightmare with all the madness going on here. The play was written by Effa Estelle Preston:

Let’s check out the characters:

Our hero Jack has just eaten “a dandy meal.”

And like any normal kid from 1922, his dream is full of Pilgrim Maids.

The maids have established that the Native Americans were their friends. But Fourth Pilgrim Maiden is a little psychopath: 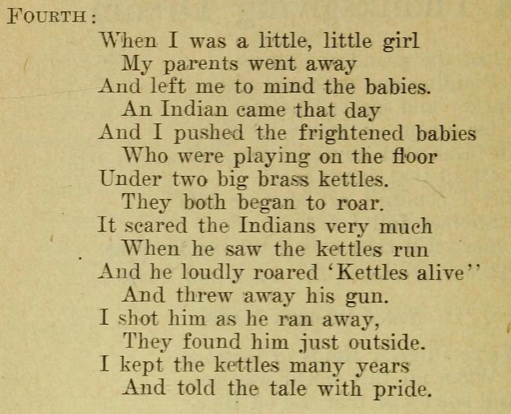 “I shot him as he ran away. They found him just outside.”

The play also neglects to tell us how Native Americans in the area obtained firearms prior ro the arrival of said Pilgrims.

Fifth Pilgrim Maid is simply a watered-down version of the Fourth. Scaring people with “Jack-Lanterns.”

Massoit was totally a real person.

One advantage the Pilgrims had when they landed, was that they were greeted by a Native American who already spoke English, thus setting up their descendants to be too lazy to learn any foreign language forever.

Some turkeys show up.

They do have a point.

Again, they have a point.

And then the goblins show up: 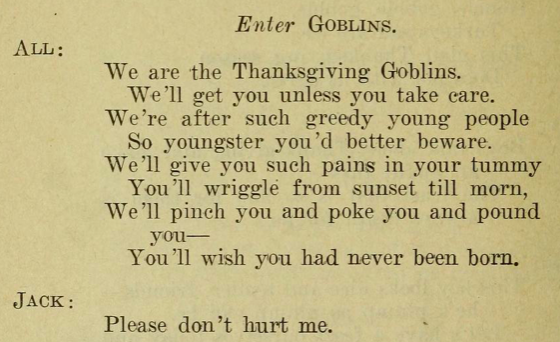 Sorry, Jack. The damage has been done.

Told you it was a nightmare.

A word to the wise: Don’t devour your friends!

This video has the original song (sorta) for Old Black Joe. For a song about a slave’s dying last words, it seems awfully happy:

And there you have A Thanksgiving Dream.

But seriously, the absolute best part of the play is the list of available monologues on the back cover:

As thrilling as Susan Gets Ready for Church sounds, as Hallmark Channel-ly I’m Engaged might be, as fun as Gladys Reviews the Dance obviously is, my money is on Ask Ouija when it comes to sheer wholesome entertainment.

Effa Estelle Preston wrote a lot of plays. Normally, I’d list every single play, but she had at least 91 published playlets. Some of the highlights follow:

You can find several of Preston’s plays on archive.org and Gutenberg.org.

I couldn’t find out much about Ms. Preston, except she was born in 1884 in New Jersey and also died there at age 91 in 1975. She seems to have spent her working life as a public school teacher. On various census records, she’s listed as living with her mother, up to at least age 45. At one point she and her mother took in other female teachers as boarders. She doesn’t seem to have ever married. She did take a trip to France in 1929. I’d love to know more about her life.

In case you thought Thanksgiving plays were a thing of the past, we now give you this from like a week ago:

The antidote to the deluge of Thanksgiving plays might be The Thanksgiving Play by Lakota playwright Larissa FastHorse. Here is Ms. FastHorse talking about her wonderful play:

Welcome back to Unknown Playwrights. This week’s link dump is brought to you by posters and programs from Caridad Svich plays, because playwright-translators don’t get the respect they deserve.

Caridad Svich on her play Guapa

Making Theatre is a Spiritual Endeavor for Caridad Svich

Another take on the above

Caridad Svich goes to the airport

A conversation with Caridad Svich

Podcast interview with Caridad Svich, featuring some wild synths at the beginning

Interview with a Philly outlet

And to end this week’s link dump, here is a song she served as librettist for:

Howdy folks and welcome back to Unknown Playwrights! This week’s link dump is brought to you by by posters for Marlowe’s Edward II.

That time the Knoxville Opera Company did yellowface…in 2019.

Der Ring das Nibelungen and the history of Wagner in Seoul

The Black History Museum….According to the United States of America seems like a pretty badass play.

Legendary Korean playwright Lee Kang-baek gets interviewed by his translator.

Going through life as a clown

A very, very detailed analysis of world premieres in the US this past theatre season

Canadians revisioning the Wild West and women’s choice on stage…

Yiddish theatre and its influence on Kafka

Finding your artistic tribe (pretty sure mine kicked me out)

Tips for directing your first show.

Kit Marlowe was murdered (so Shakespeare wrote his own plays?)

Another overview of Marlowe’s life

Howdy all and welcome back to Unknown Playwrights!

This week’s link dump is brought to you by German-language posters for A Midsummer Night’s Dream:

Female theatre in the Arab world

Should schools perform Shakespeare if they’re not learning Shakespeare? Does the mountain need the storm?

The language of dance

An overview of Latvian theatre

Namibian filmmaker Oshosheni Hiveluah passed away (she started in theatre)

American playwright in Finland runs into Day of the Dead women

Getting your play from page to stage in the City of Angels: A Resource Guide

A playwright asks if ego gets a seat at the table

The National Theatre of Greenland gets a 4.7 on Facebook.

A West Virginian take on that Little Mermaid LIVE thing.

A Ukrainian Canadian play sold out in 2019

Old news, but Russia and Ukraine were having a hissy fit over Bulgakov once.

The best theatre production companies in Toronto. Would your feelings be hurt if you weren’t on this list? Do theatre companies have feelings?

This week in Spanish oldies, we have a cover version of Let the Sunshine in (which originated in the musical Hair).

Howdy one and all! Welcome back to Unknown Playwrights! This week’s link dump is brought to you by posters for August Wilson’s The Piano Lesson.

Interview with a chorus member in the Met Opera’s Porgy & Bess.

Lessons from Kathak (a classical dance form from Northern India)

Should theatres produce Neil LaBute? (Umm, no they shouldn’t)

How to establish a playwriting career (it’s possible?)

A poverty of ambitions

Interview with the founder of a Byelorussian theatre

The transformation of the concept of power in a very important wayang work.

Is activist performance an empty gesture?

A kabuki production from 2015.

Shakespeare’s use of orisons.

A ten year collaboration between a London theatre and a Gaza theatre.

What can artists do when faced with the insanity of the American political process?

The Godfather of Zimbabwean theatre passes away.

When dance and sculpture combine.

Is Cantonese Opera making a comeback in Hong Kong?

Death of a Driver makes its Utah premiere.

A theatre performance that will probably never make its Utah premiere. Title is “Get On Your Knees”

A playwright tells us about the culture of privilege

That time an Azerbaijani actress got executed. Any guesses if Stalin was behind it?

What is an alternate night?

What characters do to the writer…for fun.

And for the week in Korean oldies, we bring you a 1939 version of “Sing Sing Sing.”